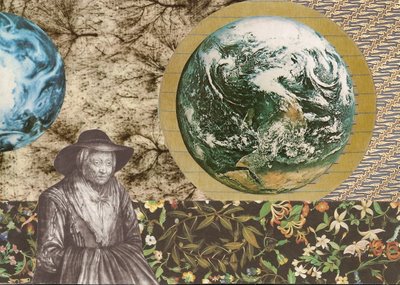 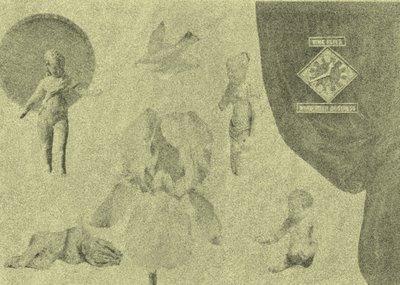 The bird was singing brightly within his breast, and Anselm walked by the guard into the gap betwen the golden pillars, into the blue mystery of the interior. He was penetrating into Iris's heart, and it was the blue flag in his mother's garden into whose blue chalice he floated, and as he quickly approached the golden twilight, all memory and knowledge came to him at once. He felt his hand, and it was small and soft. Voices of love sounded nearby and familiar in his ears, and the glistening golden pillars sparkled as they had in the remote past, during the spring of his childhood.

And the dream that he had dreamed as a small boy was also there again, his dream about entering the chalice, and behind him the entire world of pictures came and glided with him and sank into the mystery that lies behind all images.

Anselm began to sing softly, and his path sloped gently down into home. 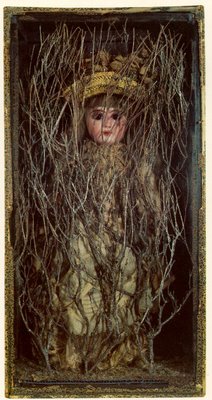 You make unknown the child's sleeping face, his half-open eyes and mouth. Everything in the world is a secret, and the games are still the game of love, the game of hide-and-seek, and the chilly game of solitude. In a secret room in a secret house his secret toy sits listening to its own stillness. Crows fly over that city. the ghosts of his and our dreams come together at night like window dressers and their mannequins on a street of dark, abandoned buildings and white clouds.
Charles Simic...Dime-Store Alchemy.

Simic's book is a little masterpiece. A series of short meditations, these little boxes of language evoke the spirit of Cornell's imaginal soul-theatres.